One of the (many) previous title ideas for Glasdrum was Bones in the Garden – because two women discover a skeleton in the back garden in Chapter One.

That scene is one of my earliest ‘seeds of a story’ ideas. I still had handwritten notes I’d made in 1993, when I was twenty-two, and spent two months in Arrowtown on the south island of New Zealand. I was travelling with my then boyfriend and he had found cash-in-hand work in a local bakery so I had time on my hands and very little money. I decided to write a novel. How hard could it be?

Arrowtown is a beautiful and historic gold mining town surrounded by rugged wilderness, the southern hemisphere equivalent of my homeland, the Highlands of Scotland; mountainous, barren and remote. The settlement had a similar small town atmosphere; everyone knew each other and there were odd characters all over the place.

My boyfriend and I had rented a room in a shared house which was also occupied by a young man obsessed with the military, whose ambition was to join the French foreign legion and whose bedroom wall was decorated with multiple weapons; a variety of knives, spears and a couple of guns, which I could only hope were fake. My boyfriend often worked nights in the bakery and on those occasions I slept with a chair wedged under my bedroom door handle. The other occupant of the house was a young Maori man who spent most of his time stoned. His preferred method was to whittle out the inside of a carrot, stuff it with dried green leaves – no inferior resin for him – then eat the carrot after he’d smoked the cannabis. I once shared a joint with him and the stuff was so strong I felt paralysed for about an hour – never again. He explained to me that the cannabis was grown deep in the bush and farmed using helicopters. It turned out almost everyone in the town was smoking the stuff.

The sense of the wild west and the similarities to my home town fired my imagination and I wrote the opening scene from Glasdrum – some women finding bones in their garden – and some rough plot ideas for who the bones might belong to and why the women could not go to the police (even back then I didn’t want the book to be a police procedural – I wanted it to be all about the women, their relationships and how they coped with the mundaneness of daily life against the drama of murder and mayhem). Megan’s character was also created all those years ago: a feisty hill runner who sold drugs on the side. She stayed with me for another twenty-three years and is a real to me as an actual person in my life. I hope people enjoy reading about her and her erratic lifestyle as much as I liked writing about it. 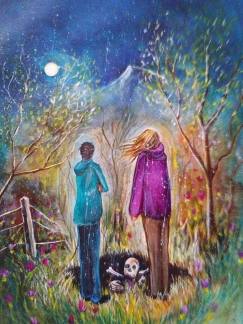 A beautiful painting I commissioned of Megan and Vicky’s gruesome discovery by the very talented Claire Innes – Highland Artist: http://bit.ly/2oMCM5a

To read more about the bones in the garden in the thriller GLASDRUM (One town. Five women. Dark events.), here is the link to it: http://amzn.to/2o0dnnI. 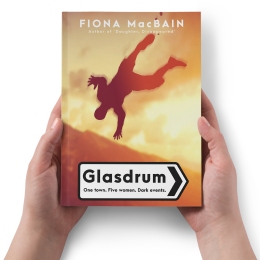 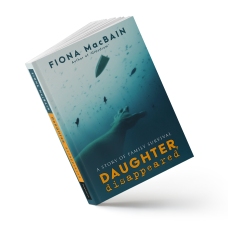 One thought on “Glasdrum: Bones in the garden”